(Aachen, Germany) – Hydrogen is an indispensable addition to the world’s secure energy supply. And for a climate-friendly future – at least if the gas is produced with electricity from renewable sources. This has become increasingly clear in recent weeks.

There are different processes for producing hydrogen by electrolyzis. Whereas in the past only highly specialized companies were involved, recently many companies – including newcomers – have been working flat out to improve electrolyzers, make the technology more efficient, and above all: automate the production process to increase throughput and reduce costs.

The number of electrolyzer manufacturers is increasing. Our editorial team examined the global offering and compiled the research results in a market overview. We found 92 systems from 17 manufacturers.

All systems were surveyed on the basis of data sheets available on the Internet. If there is no publicly available data, we did not include the product in our list.

As expected, we found different standards, for example in the information on output or generation capacities. This does not make it possible to directly compare the products with each other. We have also dispensed with other detailed information. For example, information on specific yield (in cubic meters) depends on the pressure level. Criteria for the quality of the systems cannot be derived from this in either case.

As the lowest common denominator of comparability, we therefore list the available systems according to nominal output, supplemented by manufacturer, type of electrolyzer and generation type. If no nominal power was given in the data sheets, we calculated it using other available parameters. The market overview covers nominal outputs from 1 kilowatt to 100 megawatts. 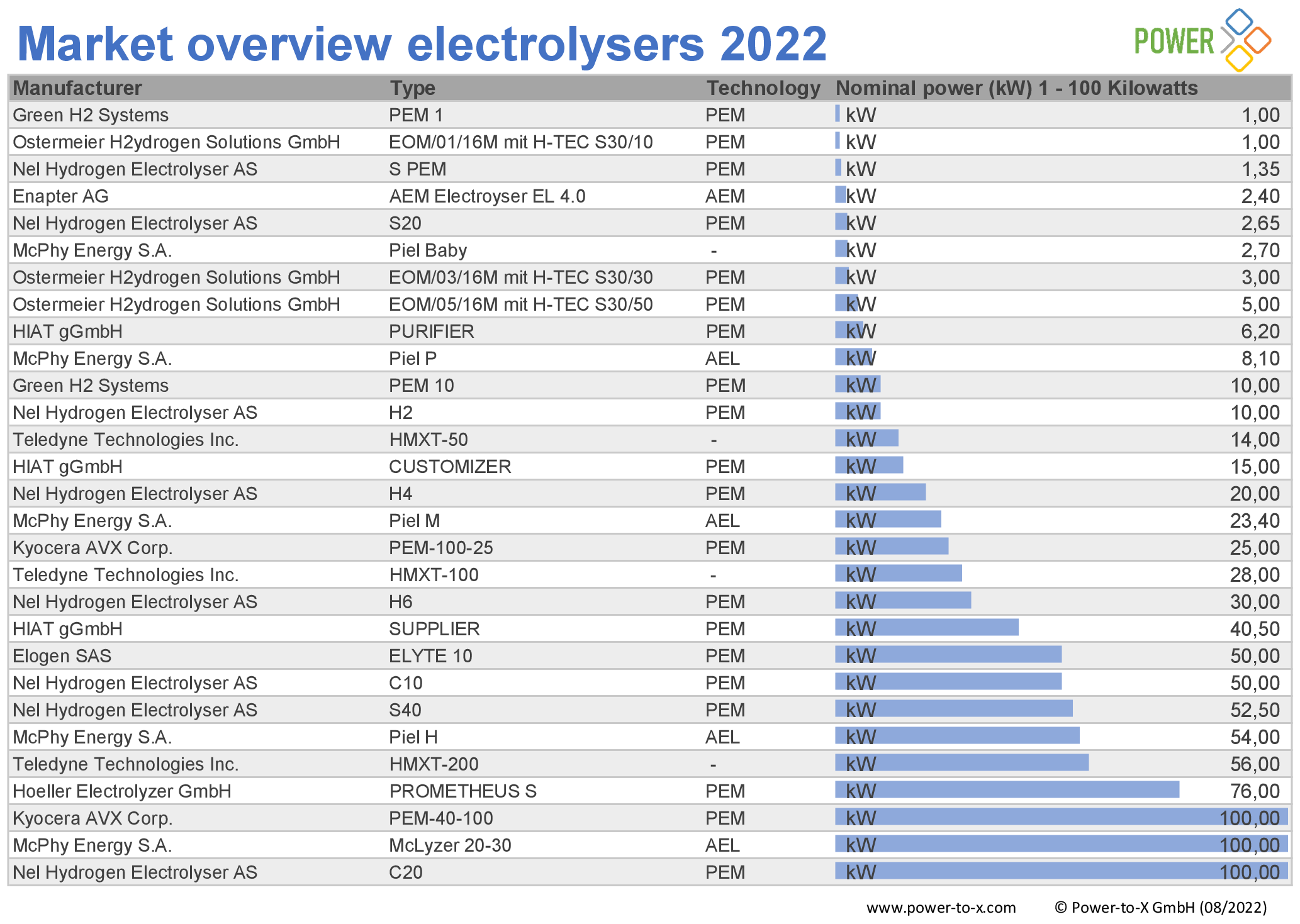 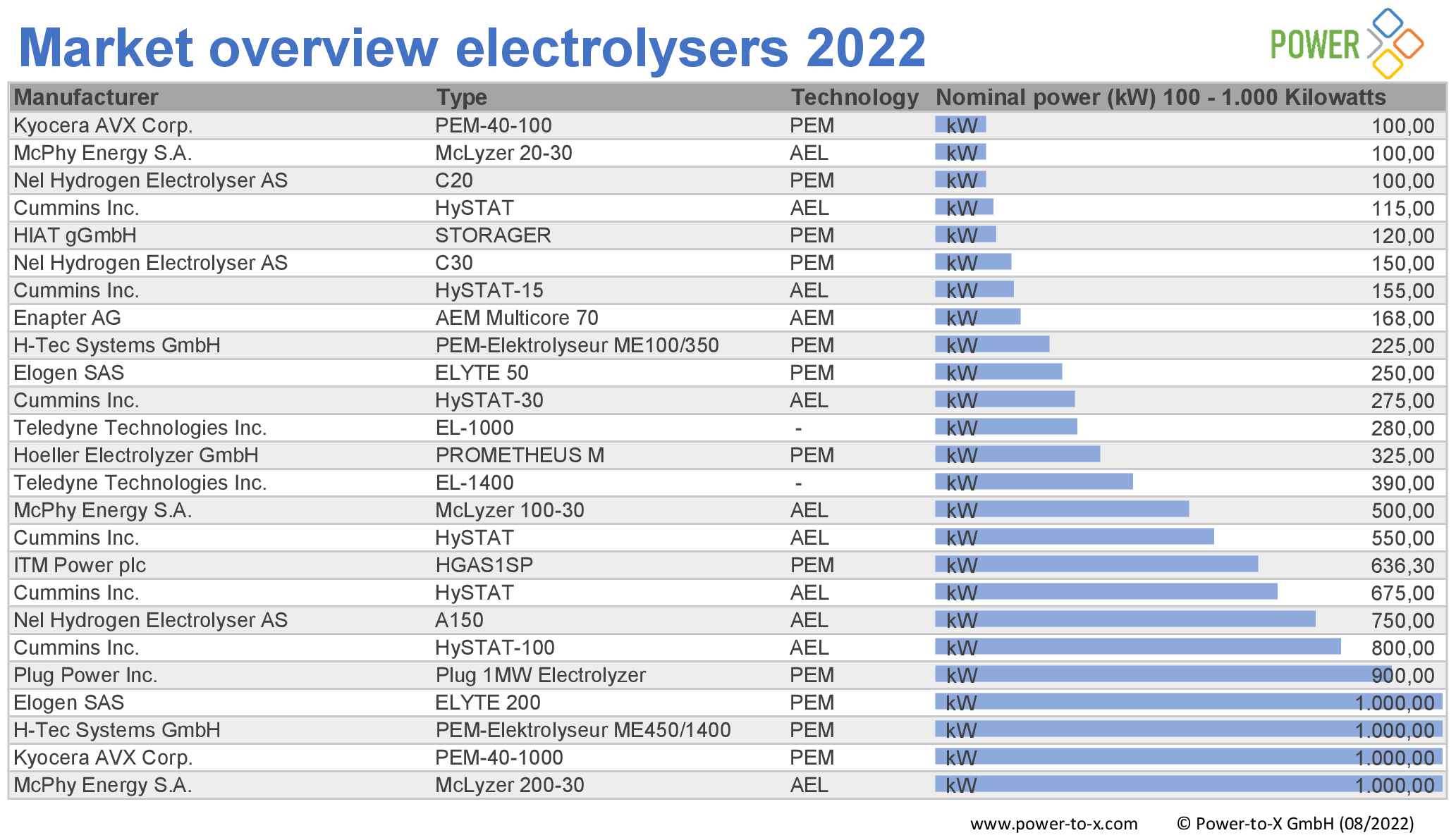 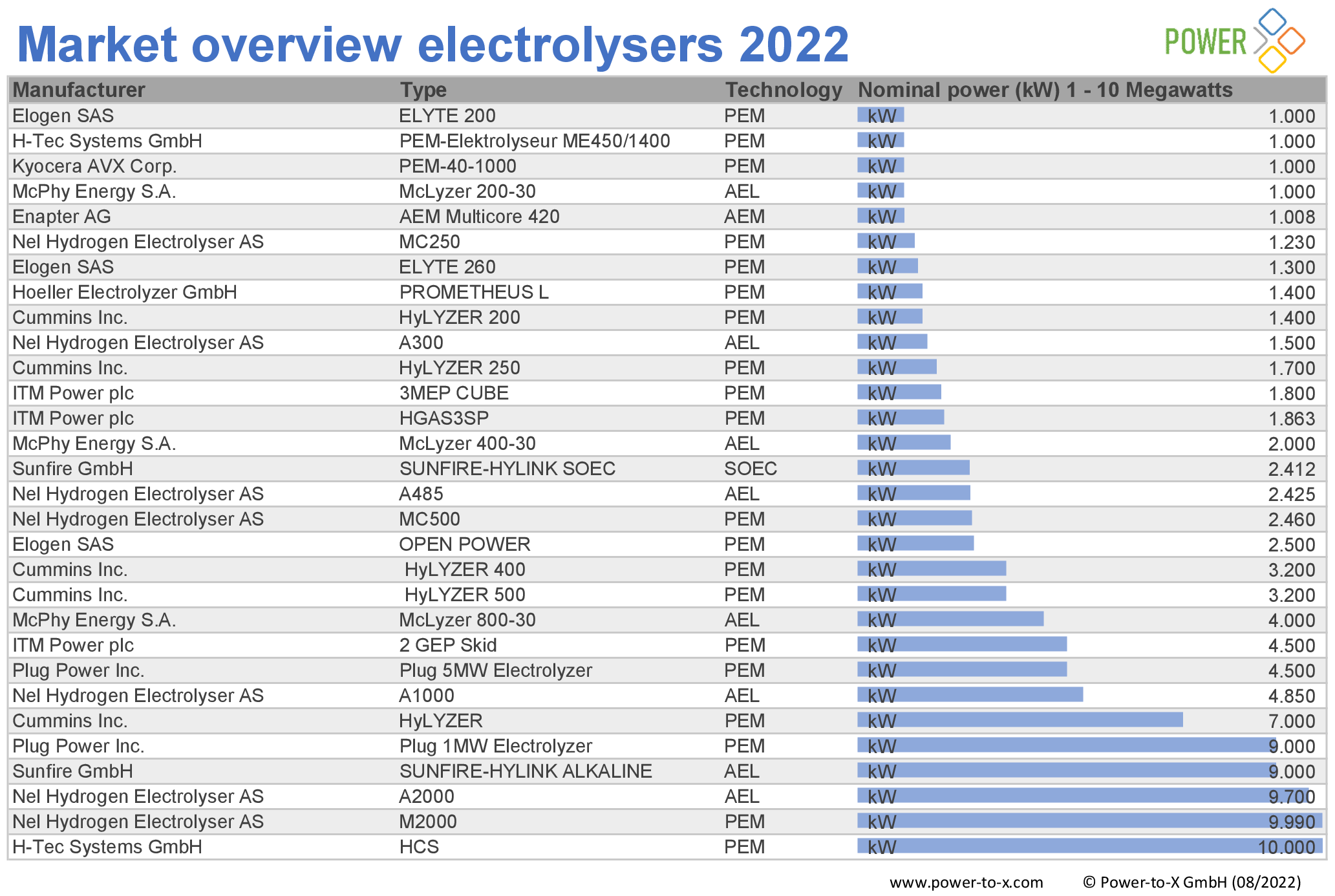 We have not included prices. For one thing, the still young market is in a constant state of flux because many manufacturers are trying their hand at mass production and can thus quickly achieve scaling effects. On the other hand, researchers are continuously working on replacing expensive components with components that are suitable for mass production and thus cheaper. Moreover, electrolyzers are not yet products for domestic use. Calls for tenders from interested industrial users, followed by individualized offers from manufacturers, are not uncommon, and list prices are therefore obsolete.

Four processes in application and research

Four processes in particular are currently being used and tested for electrochemical water splitting:

The two main processes currently in use are AEL and PEM electrolysis. AEL is less expensive on a large scale, hydrogen production is at low pressure levels, but does not have high dynamics. The PEM process is cost effective in small units, but is technologically complex. The membranes are subject to high corrosion and are therefore only moderately durable. The pressure level is high, as are the dynamics. The advantages of PEM technology lie in its easily controllable behavior in the partial load range, making it suitable for mobile use in fuel cells.

Standard cubic meters as a measure

As a result of technological advances, the specific energy requirement for the hydrogen volume flow produced with electrolyzis is falling below 4.5 kilowatt hours per standard cubic meter (kWh/Nm³). As a rule of thumb, the energy requirement is about 5 kWh/Nm³ of hydrogen.

Systems can be scaled up at will, and vendors excel at multiplying and specifying total output. The list mainly includes individual systems, and only larger scaled systems are shown if a special data sheet is available.

Photo
Bosch is also getting involved in the development of components for electrolyzers and plans to start up PEM pilot plants with smart modules suitable for mass production as early as 2023. © Bosch

The market for electrolyzers is highly dynamic. The industry is announcing new projects, scaling successes and productions everywhere. We will therefore prepare and publish another updated „Electrolyzers Market Overview” in a few months. We invite all manufacturers to send us their data sheets. Participation is free of charge and there are no obligations for either side. Contact: info@power-to-x.de. 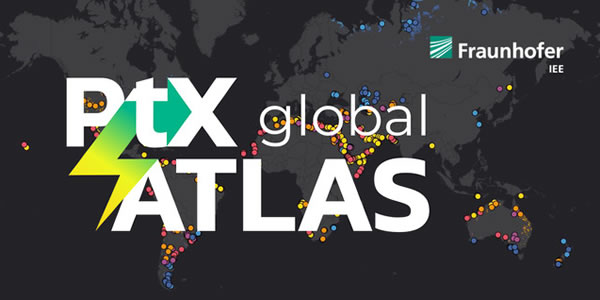